What conditions do SNS need to meet to have voting rights?

In a previous “Open Decentralization Sale” proposal vote, I was prompted “Ineligible Neurons” and my neurons had previously withdrawn from the community fund and merged, and then rejoined, but now I find that I did not vote successfully …my rejoin time was long before this proposal was initiated…and he was 8 years stake non-dissolved 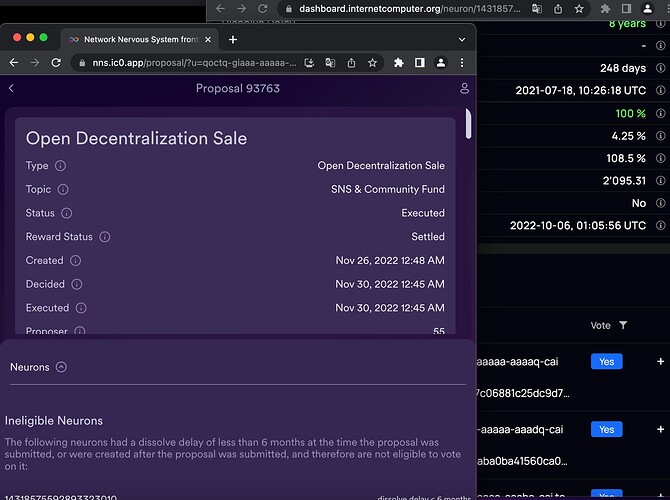 It might be “just” a display issue of the neuron on the proposal detail view as in described in thread Visual error? or malfunction - Voting neurons - #4 by peterparker when the rewards status has settled. Basically the frontend don’t get enough data to display the approriate information and therefore ends displaying “dissolving delay…”. In future version this information won’t show anymore in such particular case.

Regarding your original question, an “Open Decentralization Sale” proposal is like another NNS proposal, same condition have to be met to be allowed to vote - i.e. in short, neuron should exists before the proposal is created and dissolve delay > 6 months.