With this post, I provide some insights on the composition of the neuron stake and voting power of SNS-1 over time. I also share the underlying commands so that members of the community can retrieve the underlying data to facilitate further analysis.

The analysis shows that a significant reduction in neuron’s stake and voting power occurred over the last few days. In particular, since genesis the voting power has been reduced by 50% because many neurons started dissolving and their dissolve delay dropped below the minimum of 1 month for voting.

Based on this data, we see the following initial lessons learned

Categories of principals in SNS-1 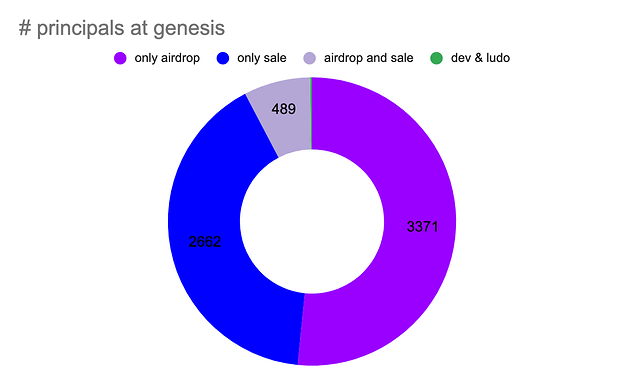 Development of neuron stake over time

At genesis, in total 7001 SNS-1 tokens were allocated to participants: 3860 tokens to airdrop participants and 3141 tokens to sale participants. As of Monday December 5, 5.8k tokens were still staked in neurons. The reduction of 1.2k was caused by a disbursal of neurons with zero dissolve delay within the category “only sale”. 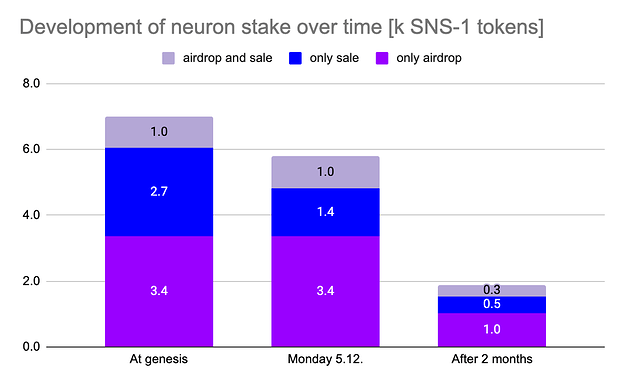 Development of voting power over time

At genesis, the total voting power of airdrop and sale participants was 5.7k. This is lower than the total stake of 7k at genesis, given that half of the neurons within the category “only sale” had zero dissolve delay and thus did not have any voting power.

Until Monday December 5, the voting power dropped significantly to 2.8k. This is because at genesis, neurons had a dissolve delay equal or slightly above one month, which is the minimum dissolve delay for voting for SNS-1. Thus, starting the dissolve process makes neurons ineligible for voting very quickly.

Assuming that all currently dissolving neurons would disburse their stake (and no further staking or dissolving occurs), the total voting power would drop to 1.95k after 2 months. 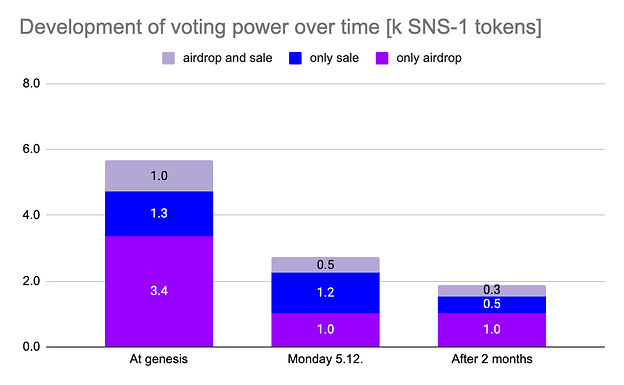 Data like the neuron id, principal, status, dissolving status and dissolve delay of SNS-1 neurons can be extracted via the function list_neurons of the SNS-1 governance canister
Zqfso-syaaa-aaaaq-aaafq-cai.

The list_neuron method can be called on the dashboard or via dfx. The according dfx command is

The tool idl2json can be used to convert the output to a .json-file.