Isn’t it easier to just add a “second” button? Not seconded proposals are “hidden”. As long as you can submit a proposal it’s easy to raise awareness.

I don’t get why so much discussion and this issue is still unsolved.

Why not 150icp?
Or 300?
Or even 1000?
Add a 2nd button in every proposal of
Spam. Not Spam
If the proposal is spam by voting decision then neuron is banned forever and 0 rewards for everyone.

In my opinion more voting options in general are needed, regardless of the combination of solutions the community chooses to implement:

I don’t get why so much discussion and this issue is still unsolved.

Because most changes that help solve the problem take time and resources to develop and implement. DFINITY resources are working on other projects and there are currently no incentives to enable the community to develop and implement the solution. There is only one mechanism build into the NNS that can help mitigate spam and that is the network economics proposal type that can be used to increase the proposal reject fee. Everything else takes time and resources.

That fee is the narrowly defined scope presented in this proposal. None of the other ideation that has occurred in this forum topic (even though I agree with some of it) is in scope here.

I understand the concern, but I think 100 ICP for rejection is gatekeeping. The average user loses the ability to create a proposal, which is the opposite of decentralization.

All I want to say is, please don’t do that, I meant don’t raise the proposal reject fee to 100 ICP, all you need to do is just stay clam and not panic, imo, I meant just forget the crazy guy until you become crazy, moreover, burning some 10 ICP is good for the community anyway.

Anyone can be a named neuron. It’s not centralized at all no need to fear it.

It’s pretty clear not everyone should have a voice. @ysyms has proven this by abusing it.

The IC was created by some of the brightest minds in existence.

In a hundred years people will look back at the blockchain renaissance the same way we look back at Einstein’s time, which was a Renaissance of natural science the likes of which we have yet to match.

Surely there are better ways to address spam than raising the cost to 100 ICP.

By raising the cost you are gatekeeping.

The SNS is already in the hands of gatekeepers, now this?

Someone like myself simply couldn’t afford to pay 100 ICP for a proposal. This is absolute ludicrous.

If this ends up a proposal on the NNS and passes, I will humbly part ways with the IC. I’d rather find a chain and community more in line with Web3 philosophy.

Thank you and take care,
Pwoseidon.eth

I don’t think this would be too effective. What would stop a person with multiple neurons from circumventing these measures?

It seems that ~30 ICP is ok for most people, would you consider reducing the cost? @wpb

creating a new neuron to propose is really easy.

Second, it should be noted that, as stated in the original proposal, a prerequisite for me to submit this proposal is that it must be fully crowdfunded. So far, there have been no donations. Hence, I will not be making this proposal if it is not crowdfunded. I consider crowdfunding to be a reasonable method of validation that a proposal is worth making to a least a fraction of the governing body. In some ways, it’s like having the proposal “seconded” by others. If it does get crowdfunded, then the proposal will be to increase the proposal reject fee to 30 ICP based on your suggestion.

Not everyone can be a named neuron. Not everyone wants to be.
Everyone should have a voice. @ysyms is indeed doing good to the community, and you just have a different opinion.
In fact, raising the rejection fee to 100 ICP is a crazy idea.
Maybe ICP is going in the wrong direction.

Your poll is not very representative. You are not offering the option for NO RAISE.
Without that option, I did not vote.

I haven’t said much in this thread, but I’ll note that I generally dislike “sticks” and prefer “carrots”. 10 ICP is already a hindrance to aggressive experimentation with the NNS. I’m staunchly against a higher amount. I’m doing all I can to get the threshold back to 1ICP because I think that is where we find the most experimentation and ability to find the best ideas.

I’m very against punishing neurons as it could be used as a weapon or threat in unanticipated ways. Instead, we should incentivize them to be well-behaved (Sybil is the real problem here as anyone can always spin up a fresh, anon neuron).

Punishments for Neurons discourage doxed participation in the same way that higher ICP fees discourage participation. They are just minus ideas when we should be thinking about win/win scenarios.

I’ve linked to what I think are better ideas that require very few code changes elsewhere on the thread and in other topics. The Threshold solution imposes a burden but not a penalty and it is a very low burden that should not be a deterrent for any reasonable NNS proposal.

This community is getting divided more and more. I now see on Twitter some strong supporters giving up, frustrated with the NNS and how this works. The 50% + 1 certainly lead to division, TMO.
The problem as to why it will be getting worst and worst is because we are locked in with our financial and cannot go away, like some people have asked. So looking at other blockchain is impossible if you had faith before in IC enough to lock some investment at first. Unlock my 8 years for 3 minutes and I would be the first one to leave you all alone. Believe me. No matter the lost.
Temporary fixes, try, fail, rinse and repeat is a very bad business strategy.
Having blockchain scientist managing taxes is bad business strategy
Having investors only voting on tech development is bad business strategy
Having blockchain developper creating an election system (NNS) is bad business
strategy.
Can keep going like this… but will stop here.
For success, need a specialist team for each department so they take the right decision.
It is a free for all right now. Dfinity should take a pause and think about all this. Why so many people unhappy, frustrated, always seems to be fighting?
It has been 18 months now. NNS is getting worst at dividing people, not better. So, this is the first major flaw to fix.
Sad to see.

And will add to this that the NNS team is not too buzy to program permanent fixes. They have and are still spending tons of time on the ultra complicated tax modulation stuff where 49% of voters have voted against and has absolutely NO benefit to IC.
Clearly a lack of establishing the right priorities 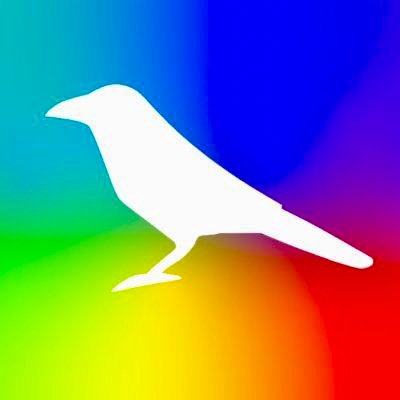 I understand what you are saying and I agree that the proposal reject fee would ideally be low. I’m sure we will get there some day after significant changes occur and I will be fully supportive. I think we have a problem that needs to be dealt with now and I’m simply proposing we use the only mitigation tactic that is readily available today. I don’t expect everyone to agree.

Thank you. I really like these polls because every individuals have the same voting power, 1. So it shows much better what the majority of people want other than what the whales want.
We have a much better picture now.
Thanks again