I’ve been feeling dissatisfied with the notion of having developer identities tied to .pem files.

Namely; how to back them up securely, and the prospect of losing them in a worst case scenario.

I’d like to have similar options as things like Internet Identity when it comes to being able to recover them.

I came across the following pull request that added support for HSM-backed identities to dfx:

I also found this issue which explains some of the motivation:

This will be a new Identity type in agent-rs and a way for `dfx identify` to use… it - [x] agent-rs `HardwareIdentity` type (compared to `BasicIdentity`) - [x] bring [pkcs11 crate](https://crates.io/crates/pkcs11) into agent-rs - [x] a way to create an HSM-backed identity `dfx identity new` - something like `dfx identity new --hsm-key-id $KEY_ID <identity name>` - creates `~/.config/dfx/identity/<name>/identity.json` instead of `identity.pem` - [x] `dfx` instantiates `BasicIdentity` or `HardwareIdentity` depending on directory contents - [x] environment variable for HSM PIN --- The core thing is: we want to sign ingress messages with an HSM. We’re already doing the same in node manager, and we could be using the same approach here. 6:44 Some background: We will have “precious” Neurons already in Mercury I, and we want to keep the keys that are needed for controlling that Neuron in a safe space. So we’re aiming at storing them on a USB HSM. This USB HSM speaks PKCS#11. Björn Tackmann 6:51 AM In the node manager, we just depend on pkcs11-tool being available and use that to create the signature. Here are the commands we use: ``` pkcs11-tool -r --slot $SLOT -y pubkey -d $KEY_ID > public_key.der echo -n $MSG | \ pkcs11-tool --hash -m SHA256 | \ pkcs11-tool -l -s --slot $SLOT -d $KEY_ID --pin $PIN -m ECDSA > signature.raw ``` If there is only one HSM (which will likely be the case), we can just omit the --slot part. And $KEY_ID can be any constant hex string. Instead of doing pkcs11-tool --hash -m SHA256, we could just apply sha256 in dfx before passing the message to pkcs11-tool for signing. Note that this is an additional hash, which is due to the fact that the RFC version of ECDSA mandates it (which is what replica implements) but the HSM stick does not do it. We could just use the same approach in dfx for now, requiring that machines used to sign in this way have pkcs11-tool installed. We could of course also go the full way and use a proper PKCS#11 library …

The numbered steps in the PR suggest that this feature might be intended to work the way I hope it does, but I’m not sure.

Tagging @ericswanson since they authored the above PR and GitHub issue.

You can use HSMs with dfx today but that doesn’t help you with backups. Quite the opposite, it makes backups harder because HSMs by definition do not allow you to extract the key or a seed for backup. If you lose the device then you lose access to your developer identity.

If you want a backup then you can create a .pem file with keysmith, for example. Then the .pem file is derived from a seed phrase which you can back up.

In terms of devices, the NitroKey does not require an interaction such as a finger press for each use. Dfx can access the NitroKey as long as it is plugged in and an environment variable is set to the correct PIN. I don’t think Yubikey works with dfx (not sure). Ledger Nano won’t work because that would require a special app on the Ledger Nano that is written for that purpose.

Quite the opposite, it makes backups harder because HSMs by definition do not allow you to extract the key or a seed for backup.

Ledger Nano won’t work because that would require a special app on the Ledger Nano that is written for that purpose.

One of the reasons I liked ledger nano over a yubikey is that you can use the fido app on the nano, and you get to also securely backup your keys (a restored ledger nano will have the same fido key, according to their docs). Perhaps that’s an avenue worth exploring? Making dfx work with the fido app on a nano?

I guess having to “authorize” each dfx interaction would become tedious at some point, but if the opsec needs require this, it would seem to be the best of two worlds - hardware device with good backup procedures.

Perhaps that’s an avenue worth exploring? Making dfx work with the fido app on a nano?

There are two approaches for how a hardware device can work:

Approach 2) only has a security advantage over 1) if the message that is about to be signed is displayed on the device. dfx is a versatile tool that can construct arbitrarily complex messages and sign them. I don’t see a way to use that in a meaningful way in combination with the Ledger Nano.

Hence my conclusion:
Use dfx with an HSM that doesn’t require interaction and doesn’t have a display because you wouldn’t benefit from a display anyway.
Use the Ledger Nano for narrowed down applications where the full message can be displayed such as simple token transfers and specific NNS actions.

To use Ledger nano with dfx in a generic way maybe one could only display the canister that is receiving a call but not the content of the message. It may give you some comfort. But in any case an app needs to be written for the Ledger Nano and that has to be approved and reviewed by Ledger, so any effort of that kind will take 6 months to 1 year.

Thanks @timo. I wasn’t aware that keysmith could generate a seed phrase and then derive a PEM file. I like that a bit better.

Perhaps this approach could be promoted more in the documentation.

According to the keysmith repo, people should use now use quill instead.

@GLdev I also found this issue which mentions Ledger Nano:

Right now we use PEM files to provide an identity for signing requests, but we'd… also like to support NitroHSM (for node providers) and the Ledger Nano, and then possibly more. I propose to do this by splitting the core governance related code into a new, internal `ink` crate, and use the `quill` crate to define the CLI and its behavior, and then have multiple `auth-*` crates referenced by `quill` to do the actual work of working with the device to sign requests.

Perhaps we could communicate our interest there.

keysmith is the lighter tool compared to quill and the right tool for the job. It also allows you to derive multiple keys (.pem files) from the same seed with the -i <derivation index> option.

quill is more a replacement for and on the same level as dfx. Quill is for people who want to only do neuron management but with a simpler interface than dfx. Originally quill was used on top of keysmith. Only later was key derivation added directly into quill.

quill interacts with the IC, keysmith doesn’t. quill is overkill for what you are trying to achieve.

I think I misinterpreted the keysmith README as “please migrate to quill”.

I also didn’t realize that both tools seem to support using an existing seed phrase to derive a key.

As you pointed out, keysmith can use that same seed phrase to derive multiple keys, which might appeal to people who have already securely backed up a phrase.

I suppose this concern can be mitigated by using an existing seed phrase.

I would want to be sure that in the case of recovery that I’d be able to reproduce the same keys from the seed phrase, potentially on a different device with different hardware. I’m not sure how much of a concern that is.

I normally use Nix to try and address that type of concern but it’s not foolproof.

I think I misinterpreted the keysmith README as “please migrate to quill”.

Yes, that comment right at the top is misleading. It seems targeted at the specific user group that wants to use manage neurons and that formerly had to use the combination of keysmith/dfx.

I think this issue is irrelevant for what you are doing. Yes, with keysmith you will get an ECDSA key in the .pem file and with dfx you natively get an EdDSA key (I think). But you won’t notice any difference when using them. What key types internet identity uses should be irrelevant for your developer identity.

I also didn’t realize that both tools seem to support using an existing seed phrase to derive a key.

I think this issue is irrelevant for what you are doing. Yes, with keysmith you will get an ECDSA key in the .pem file and with dfx you natively get an EdDSA key (I think). But you won’t notice any difference when using them. What key types internet identity uses should be irrelevant for your developer identity.

My impression was that the person who created that GitHub issue was probably trying to use the same seed phrase for both their Internet Identity and their developer identity.

@timo, do you know what the name of the environment variable is? I haven’t been able to find anything about that.

quill will generate the same key from a given seed phrase.

The private key that quill generates from a given seed phrase will also match the private key on a Ledger device using the Internet Computer app.

All that said, I recommend using an identity based on a seed phrase. I typically use a Ledger device to generate the seed phrase, and then use quill to generate a .pem file from that.

Sorry, yes, I meant via piping, not directly. For example:

Ledger Nano won’t work because that would require a special app on the Ledger Nano that is written for that purpose. 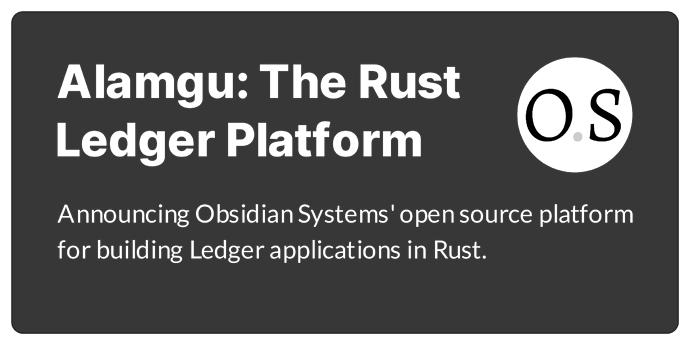 Another thing I ran into with trying to use Quill (for governance purposes) is that I have password-protected PEM files and Quill doesn’t seem to support them.