Thanks for all the lively debate and engagement with the proposal. ICP community is very passionate. Very interesting points are raised here. In the final proposal all the community feedback will be considered.

Did anything ever come out of this? @nikhil.ranjan

I believe short term staking is key for the growth of ICP.

I believe anything that mess with the tokenomics and the reward system should be studied and very hard to change. The NNS need to stop messing with this aspect of the protocol.

This and it should also require an higher threshold to pass

It seems useful to know what participants receive these new 1 - 6 mo voting rewards. Certainly it will be dominated by dissolving genesis neurons in the beginning, but it would be nice to see a trend that shows we are attracting new participants.

I think a nicer solution is for neurons to receive rewards all the way down to dissolve delay (DD) of 0, provided that at some point their DD was > 6 months, with the caveat being that once a neuron’s DD is < 6 months it cannot be locked and its DD cannot be increased unless it is increased to at least 6 months.

My proposed solution is fairly simple to implement too, each neuron would need a new flag stating if it is eligible to vote. This flag starts as false and is set to true if at any point the DD is increased to > 6 months.

I like this a lot. Maybe open an extra topic for it while the current proposal is open for votes?

I think giving a few seed investors those 6 months of rewards is a small price to pay for making the system better and simpler especially for new comers who just want to try out some staking.

If this proposal passes, it should wait to be implemented until after the large quantity of dissolving ICP from seed neurons finishes dissolving.

Ok, we will wait for seed neurons finishes dissolving.

This topic is open and good enough for discussion.

I’m in favor of this proposal. The benefit to seed investors is short lived, but the long-term benefit to the IC is greater. Anything that reduces the complexity barrier and invites greater participation, is a win.

Compare with Est.APR in Binance, Can’t imagine short stakers have motivation to try out governance in NNS🧐 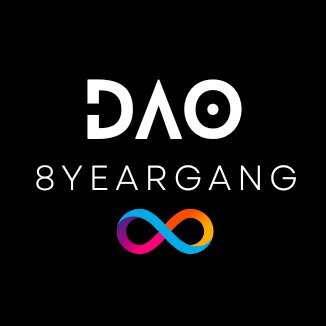 @8yeargangDAO
82963-Proposal for Reducing Dissolve Delay: We think this proposal is only benefit for the dissolving neurons(less than 6 months), It's impossible to attract new stakes to involve governance with such low APY. We will vote NO. proposal: dashboard.internetcomputer.org/proposal/82963 #ICP #8yeargang https://t.co/1OxlHfaB4z

I am somewhat conflicted about this proposal. While I agree that 8-year lockup is not sufficiently rewarded compared with 6 months, I also really like the longer term investment perspective that an 8-year lockup requires. This is reflected in how my own neurons are set up, with some at 8 years and others 6 months.

I would expect the shift to a shorter minimum term to lead to more volatility in ICP’s price and, while I see the argument for greater inclusion, I would agree with @MillionMiles that there are better offers around.

On balance, I vote to reject.

Yeah I voted yes, but I’m in favour of making it even simpler for new users if possible.

I’ll vote against in the bear market, on the contrary I’ll vote for in the bull market.