@nikhil.ranjan as the author of this proposal, since your intent is to get community feedback from the proposal and iterate. I thought I’d pasted some reactions and questions from the community for you to incorporate when possible: 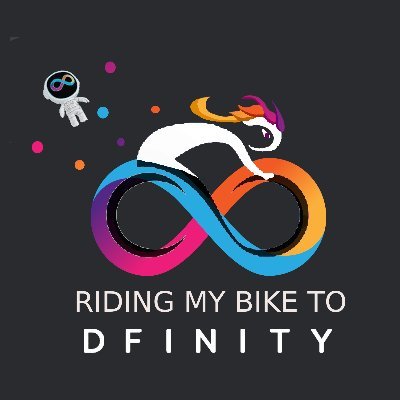 @ICbicycle
another proposal not even mentioning "drawbacks" in the forum. Straight to the trash, voting NO https://t.co/sYJH4GxdZz

“We suggest that the minimum dissolve delay for voting should be set to 7 days (instead of 6 months)” This upcoming proposal’s intent is to make it easier for newcomers to experiment with staking on the IC. https://forum.dfinity.org/t/proposal-reducing-minimum-staking-time-for-expanding-governance-participation/13586 …
LightningLad91 June 7, 2022, 8:45pm #14

You’ve stated in the past the security concerns associated with awarding VP to neurons with dissolve delays less than 6 months. This make me curious why you’re suggesting to keep the dissolve bonus at 1 for 7 day lockups?

I disagree, what you’re proposing goes against one of the premises of the NNS, we get rewards cause we vote on proposals, I don’t see why short term stakers should be rewarded for doing nothing.

I would also like to know why Dfinity chose to do 6 months minimum lockup in the original design and only now has decided to make this change.
The way I see it, ICP staking was originally designed to do 2 things:

The proposed change goes against both.

Honestly to me it seems like a desperate attempt to get more tokens in the NNS, but what’s the point if the lockup period is low? Also is it cathering to that many people?
Holders who want to receive interest on their tokens have better options, holders who want to participate in governance can lock a much smaller sum and get higher VP.

I also doubt there are many holders who care about governance that haven’t staked yet cause the lockup is too high, it’s anecdotal but the ones I’ve spoken to are more worried about variable APY and constantly changing tokenomics than 6 months lockup.

I like it myself, I think it worth trying out and seeing how it plays out.

My personal anecdata (which one is welcome to dismiss away) is that there is a simple UX blocker for a lot of non-stakers where they want to go through the mechanics of staking to see the whole process from start to finish (from locking to voting to spawning to dissolving to disbursing) before staking to make sure they grok it.

This is equivalent to “let me send someone 0.01 ICP, make sure they receive it, before I send them the next amount.”

I would probably be in favor of this proposal, as it is low risk and could potentially encourage more staking. However, one important drawback of this proposal that isn’t being discussed is it would instantly increase the amount of voting power on the network, thus reducing the APY for all stakers, and increase it in neurons that have low incentive to participate in good faith governance.

There is currently approx. 24M ICP that is dissolving on the NNS with less than a 6 month dissolve delay. These are mostly genesis neurons that have chosen to dissolve. They currently receive 0 vp. In addition, there is 2.6M ICP that is locked for less than 6 months. These are genesis neurons that were never claimed (and thus are still locked) and have an age bonus of about 1.15. They currently also receive 0 vp. Should this motion pass, approx. 18.4M voting power would be granted to these neurons, approximately 4.4% of total voting power.

They currently also receive 0 vp. Should this motion pass, approx. 18.4M voting power would be granted to these neurons, approximately 4.4% of total voting power.

Can’t this be resolved by making tutorials or by staking 1 ICP for 6 months? I could understand if it were a year ago, but 1 ICP isn’t that expensive currently, if they just want to see how it works there are better ways than changing the staking mechanism imo.

Can’t this be resolved by making tutorials or by staking 1 ICP for 6 months?

Doesn’t get my support.

My two cents worth…

Yes I’m 100% in support of short-term staking but it needs to be competitive with what exchanges are offering if we want that ICP on the NNS instead. Otherwise, it won’t change anything.

I’m not in favor of giving short-term stakers voting power as they will not be long-term focused with regard to the platform.

As it stands I can’t see long-term stakers voting to take ICP out of their pockets for the benefit of people staking short-term especially if they gain voting power. Remember those who would benefit the most currently cannot vote on this.

My proposal to modify the proposal…

Allow staking with 30 day lockup to earn rewards to get that ICP on the NNS vs the exchanges.

Make that rate competitive, not equal, to the rates the exchanges are offering.

Allow them to gain aging bonus so a neuron with 30 day lock for a year earns more than a new 30 day locked neuron.

Don’t allow these short-term stakers voting power. Either it’s enough voting power to impact voting or it’s not and will not be an issue if it’s not there.

I see, but thats a pretty minor concern, spawning a neuron requires a button click, again not worth changing staking for in my opinion.

Doesn’t get my support.

I know @nikhil.ranjan wants to improve the proposal. Is there anything you like least or like most? The more guidance he has, the more he can iterate.

Agree 100%…don’t think we should frame it as testing governance which in my opinion most people don’t care about.

It’s about rewarding and attracting short-term stakers which I’m not sure these rates achieve.

I do think it would be good to attract short-term stakers from exchanges who technically still own those tokens and could potentially use them and their voting power in a negative way.

However, I agree people aren’t staking on exchanges for voting power.

don’t think we should frame it as testing governance which in my opinion most people don’t care about.

From the proposal posted:

As a consequence, new users will be able to try out the governance process due to the lower minimum dissolve delay

I want @nikhil.ranjan to gut check me and confirm, but I believe his intent could be reduced to:

So in short, it is partly letting people play or “try out” governance, with some small probability that some people stake at sub-6 months, happy with the lower rates.

Exchanges don’t actually stake the tokens, they lend them out so traders can borrow them with futures, for this reason there is no way the NNS can offer short time stakers a competitive APY without substantially increasing the yearly inflation.

Eventually some one will offer liquid staking like lido

Ok if they aren’t now then isn’t it reasonable to think they might if they could for <30 days?!