#ask How should we improve Motoko?

@jzxchiang, actually, imperative data structures are compatible with stable variables. What isn’t are object-oriented abstractions, because of the functions embedded in the data. But that is an independent dimension, as objects can be either imperative or functional.

To wit, here is a toy example of a counter object that, although functional, cannot be put in a stable var:

On the other hand, here is an imperative counter type that you can store in a stable var just fine:

Of course, that doesn’t eliminate the dilemma, but it is rather between choosing object-oriented and “procedural” interfaces.

but does not go so far as to assume that every result is worthy of being this pedantic.

In my experience (e.g. in OCaml), the strict rule is good documentation and uncovers many mistakes early on. The occasional ignore in cases like replace is a fair deal in exchange. But like option types, it’s one of these features that you have to learn to “hold right”. When you are working against it (perhaps out of habit) you can end up with repetitive strain injury.

I don’t want to be deciphering the documentation. 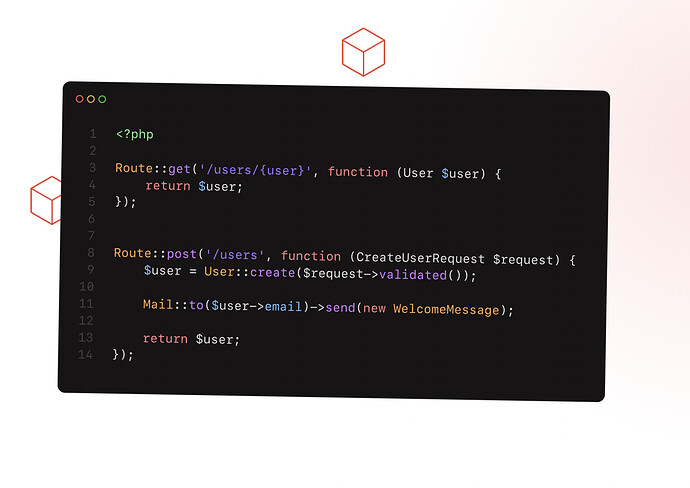 Laravel is a PHP web application framework with expressive, elegant syntax. We’ve already laid the foundation — freeing you to create without sweating the small things. 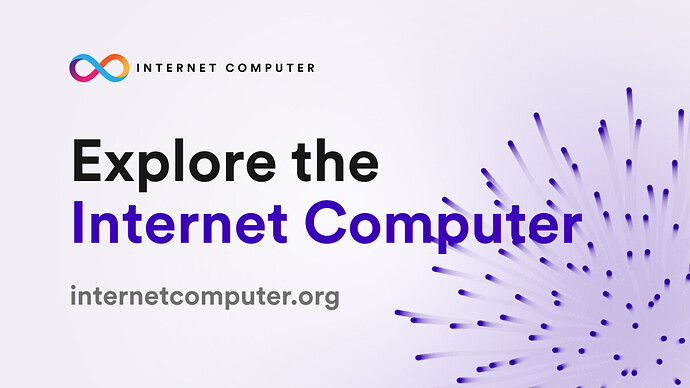 Also, Add a “New developper start here” button with Dr Angela Yu uDemy Web3 video featuring ICP and Motoko. Would have save me a ton of hours searching for basic info as a newbie.

We 100% should have a https://embed.smartcontracts.org/ example for each of the functions in base.

I’ll build an MVP to show the team, and we’ll see what happens from there.

It’d be cool if we could omit optional record fields.

That’s ends up creating a totally different type and reworking the meaning of an optional type into something more JavaScripty though, right?

You can always narrow

@tomijaga What’s the common use case you have in mind?

All of the parameters are optional. I want to call this method, but I only need to pass paramA

Not very convenient as I still need to specify all of the parameters even if I don’t need them. With the latest features, though, I can do this

I could see this as a good class constructor scenario as well.

Record extension syntax works for now, but at least that is explicitly saying what the defaults are - it sounds like with this feature you’d like the defaults to implicitly be null.

some better vscode tooling would be really nice

@ZhenyaUsenko explained the use case I had in mind.

Yes, that is right.
I was thinking about the user experience when calling a function that takes a record with many optional fields.
An example would be initializing the ICRC-1 token, where some fields are optional and have default values set, so they don’t need to be specified by the user.
This was the Initial type, but I updated it later to the one below because there were too many optional types.

I moved the fields least likely to be specified by the user into an optional record called advanced_settings.

Also, it seems like motoko supports this functionality for serializing partial records encoded in candid.

A playground for the Internet Computer's native Motoko language, brought to you by DFINITY

Hey @nolyoi, what types of tools are you referring to?

Also, are you aware of the vscode extension the dfinity team is working on?

We heard you: Motoko VS Code extension improvements Language Support

Hello! A few months ago, we announced a developer experience survey to give you an opportunity to voice your suggestions for our short term (one-year) priorities for the Motoko language ecosystem. Since then, I’ve systematically addressed many of the most frequent requests, especially those involving the Motoko VS Code extension. Here’s a quick overview of the main improvements since releasing the survey: Available Now Automatic imports: Easily import files from the base library, Vessel p…

Auto generated CLI args. For example you write this function:

Then we could run a dfx command to generate an example command line argument, dfx canister call Canister1 registerUser --example-cli-arg, which could return:

The Motokodoc is great. Is it possible to have auto-generation/snippet hotkey that fills out each part of a function’s signature as a template? And then an option to hide all unless on hover/specifically selected?

Might be worth autolinking to the corresponding comments in the Candid file as well.

Here’s the source file in case anyone is interested in contributing code snippets to the VS Code extension and Motoko Playground:

I have no clue what this is…what does this do and how do you use it?