He apparently has ruled out Dfinity buybacks “for the users”; but I hope he would consider it for the survival of the project if necessary. Whether this would actually help, I don’t know.

Yeah, he wrote a long medium post with a crazy market manipulation concept involving docking 30% from spawned rewards in a downturn, and linked that to a weird tax evasion plan which led Dfinity to push through a needless tokenomics change. That was fine because it was all to help insiders. But a plan which cuts inflation and helps the wider community while causing no long term loss to Dfinity is out of bounds. Figures.

The worry, and very real possibility here, is icp follows broader market structure, and from price action alone, not even considering inflation, price craters to a point where monthly node supplier rewards comprise a significant % of total supply. If we factor inflation here, with continued price action, in a very very short time we reach a point where monthly node rewards are a magnitude of order greater than total icp supply. This is an absolutely unrecoverable situation which will permanently halt the network. Do we not have a plan for this? If not, it will happen, the only question is when- 2 months, 2 years, 2 decades?

Terra/Luna was indestructible, as long as ust stayed above $0.90. Do we see the shocking similarity here???

If our only contingency plan is “price can’t go that low”, we will soon learn the price the market extracts for hubris.

I’m CC’ing you in this thread as per the dfinity teams page you are, “…an experienced quantitative risk modeler and manager with 10+ years of work experience in the financial industry. Prior to joining Dfinity, he worked at Credit Suisse focusing on models for credit risk and stress testing.” 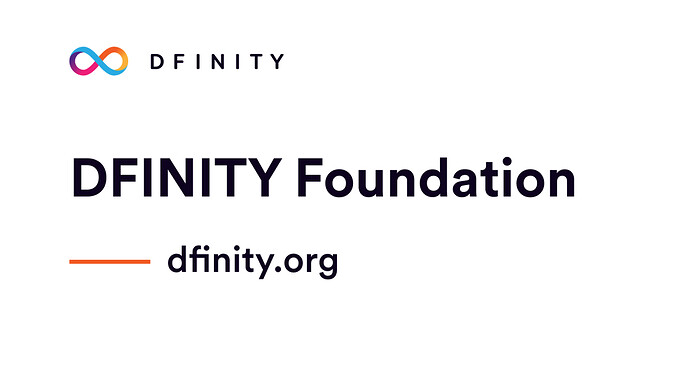 The DFINITY Foundation is a major contributor to the Internet Computer blockchain.

Given your robust expertise, it would be excellent if you/the foundation would be willing to publish a risk model on when the foundation thinks there could be impending risk from prevailing token price.

The community needs to discuss preventative actions that are uniformly understood. Such an analysis would allow the community to conceive ideas that are relevant, & baselined to a data defined analysis.

Following up on questions raised in this channel on the connection of the ICP price and the minting of node provider rewards, I thought it would be useful to share the following analysis. The underlying calculations are in this sheet. 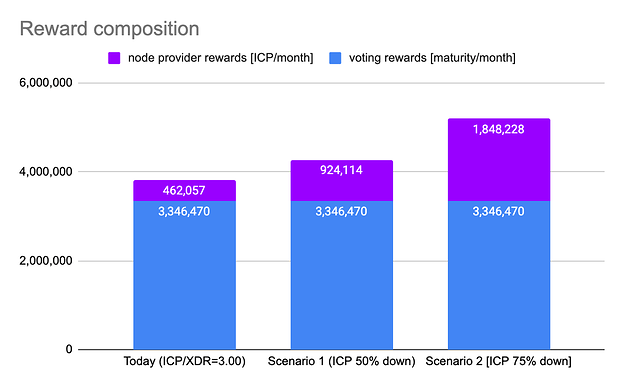 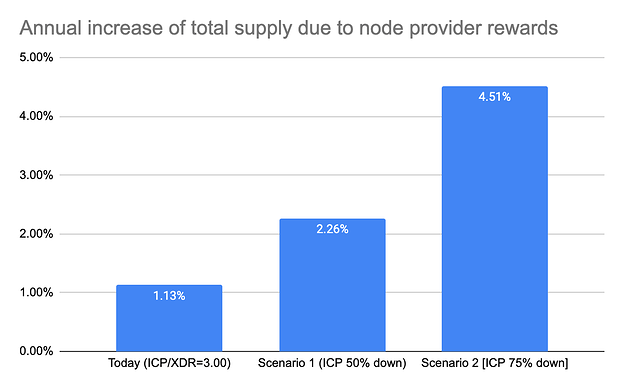 Thanks so much @bjoernek for providing this insight to the community! Looks like we can quash the rumors node rewards are an impeding disaster. Appreciate the transparency and data driven orientation. Though total supply would rise materially (In the WORST case), certainly doesn’t seem at all like it would be devastating.

Am I right that this calculation assumes the number of nodes stays constant? It is possible, though unlikely, that the price falls while the number of nodes keeps increasing. At what point will there be a moratorium on node onboarding if such a scene plays out?

Am I right that this calculation assumes the number of nodes stays constant?

Yes, this is correct.

It is possible, though unlikely, that the price falls while the number of nodes keeps increasing. At what point will there be a moratorium on node onboarding if such a scene plays out?

I agree that we should monitor the situation, using the aforementioned metrics report from @Kyle_Langham, and based on that we can discuss & agree on actions.

1st of all it will fall.
2nd if kyle is afraid of death spiral now, it is a little bit late.
3rd I have proposed the creation of a reserve account of unallocated icp for circumstances like this one.
I was ignored cause they were focused on their treasury.
It surprises me that only noders are considered part of the ecosystem.
Well stakers are also important too.
So since the problem exists and no precautions are there, it is time dfinity to take the responsibility and back up the missing icp.
After that I hope they fix that weak point

Thanks for astutely pointing this out!

Given your analysis is calculated using a static rate of NP’s, can the Foundation share NP onboarding plans into the Short/Mid term horizon? Specifically interested in the quantity of NP’s the foundation plans to submit for onboarding on the NNS.

Basic idea would be adding a dynamic parameter to your sheet that calculates NP rewards based on variable quantities of NP’s.

Hello @blockpunk - Given the analysis provided herein, if you agree, would you be willing to consider changing the forum title to something more colorful lol? Overwhelming evidence (My personal opinion) there is no impeding death spiral even if token price dropped significantly lower. However, still think we as community have more information to vet. Perhaps, “Community Discussion: Assessing node inflation based on token price.” Let the community know what you think

Why are node rewards simply not proportional to the amount of cycles burned?

That would tie node provider incentive to IC utilization, when they themselves don’t necessarily use the IC itself. What the current model does is to incentivize regular and steady compute power at all times, independent of utilization or token price.

Given your analysis is calculated using a static rate of NP’s, can the Foundation share NP onboarding plans into the Short/Mid term horizon? Specifically interested in the quantity of NP’s the foundation plans to submit for onboarding on the NNS.

@SvenF: Following up on @ImagineChadParadigm’s question, is there a rough estimate how many node provider might join in the next 3-6 months ? To my understanding the current focus is on enhancing & simplifying the onboarding process.

What the current model does is to incentivize regular and steady compute power at all times, independent of utilization or token price.

Worth highlighting the design intent.

In an emergency situation, i.e. an inflationary downward spiral, I would temporarily halt

in that order.
Until the situation stabilises again, i.e. the price recovers.

We all would expect a recovery, wouldn’t we?
As we all believe in IC tech and the value it creates for it users, aren’t we?

I’m sorry but seed investors dumping is a way bigger issue than node providers . If folks think a tyranny of the majority is ok for the greater good best to start with them .

Any response that involves losses to individuals or groups, or anything that could be construed as a broken promise is in my opinion a non-starter. There is an easy solution I have proposed that involves no loss to anybody and curbs inflation.
But I realise from Dom’s tweeting and his response on the ICA thread that there is no real acknowledgment of issues within Dfinity, no introspection and no desire to alter course based on past mistakes. Everything that has gone wrong is to be blamed solely on conspiracies and FUD.
I am now resigned to the idea that the IC will succeed or fail based solely on the tech, with no assistance from marketing, accessory specialisations or good governance involving transparent functioning by Dfinity. I have always believed in the technical prowess of Dfinity and hopefully that will suffice to bring in enough developers and great dapps to kickstart mass adoption.

@SvenF: Following up on @ImagineChadParadigm’s question, is there a rough estimate how many node provider might join in the next 3-6 months ? To my understanding the current focus is on enhancing & simplifying the onboarding process.

Correct @bjoernek, the focus is on testing and enhancing the onboarding process right now, there is no specific target for onboarding node providers.